What is an "edit war" and is it ever appropriate?

I was recently involved in a series of back-and-forth edits to the tags of a question. In particular, the question lacked any explicit statement or tag designating the system, so it was closed in accordance with our don't guess the system policy.1

I've read through the tour, code of conduct, and the editing help page, and I didn't see anything concerning "edit wars". What I did find is this, from the edit help page (emphasis mine):

What happens if someone suggests a bad edit?

If a user without edit privileges proposes an edit that does not comply with the guidelines above, it is ordinarily rejected in the review process. Even if a bad edit is applied to a post, other users will generally fix it. Users with sufficient reputation may elect to roll back the post to a previous version (by viewing the revision history of the post and selecting the version they would like to display).

From my perspective, I felt I was reverting a "bad edit" (read: non-compliant) to maintain compliance with our policy. I was later accused of inciting an edit war (by the other editor).

Is this an appropriate course of action to take? How should I have handled this?

I haven't found a meta.rpg post concerning edit wars, so I think it would be helpful to establish some best practice for non-moderators for handling situations where a user is insistent on making poor or policy violating edits.

A thorough answer should address:

1It should be noted that the "Don't Guess the System" policy is now obsolete.

What is an edit war?

Edit Warring is when two (or more) users disagree about something (generally whether something should have a specific edit) and uses their privileges to do and undo that edit repeatedly.

For example, one editor believes the question should include a particular paragraph, another thinks it should exclude that paragraph. They each repeatedly edit the question to add or remove the paragraph in question, or keep rolling it back to their preferred revision where it was already added/removed. 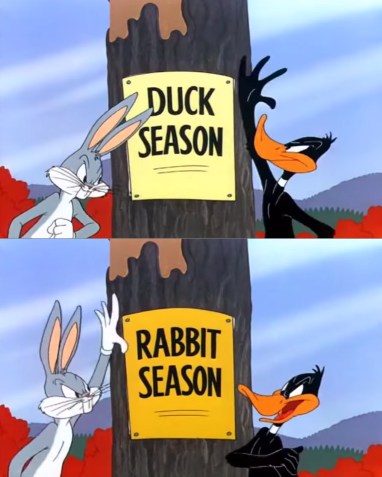 Should you do it?

This is users quarreling about something, without talking it out. This is not a productive way of going about things.

What should you do instead?

There's no hard rules for what to do when a user undoes one (or part one) of your edits. Use your judgement, but you probably shouldn't just redo the edit, without checking some things.

First thing I'd check is the revision history. If there's other changes made at the same time, it's possible you were editing at the same and their's overrode yours accidentally. This has happened to me numerous times, and while it wouldn't usually lead to an edit war, it'll be probably be easier to suggest the change as a comment. And revisions also have a comment, which (if the user filled it out) could tell you why they made the edit. Knowing that should help you:

Leave a Comment. Comments are a good first tool once it's clear there is some disagreement. State constructively, clearly, and nicely why you think some edit should be made (or not made as appropriate). Remember that editors are pingable using @ even if they don't appear in the autocomplete. Link to standing meta's if appropriate.

If a short comment exchange works, disagreements are resolved, things that needed to be pointed out were, clean up your comments (encourage the other to do too) and move on.† If it doesn't, take it to meta. It doesn't usually matter which of you starts that. We're ok with a meta discussion about whether a specific question should have a specific edit, especially once it's clear some users disagree on it. Remember to focus on the edit, not the users.

So when do I flag?

There's a couple of automated flags build in the system for warring, but if you feel a moderator should at least take a look at something, flag it. If the edit in question is egregious enough you strongly feel it should be left off while you resolve it in comments/meta, we probably want to see it even if you can resolve it peacefully. The worst case for you flagging when you start seeing something like this happening is us dismissing a flag after the fact. (And if you clearly express a reasonable concern we're very likely to mark it as helpful, because it would be.)

†: No, there's no hard length for acceptable comment discussion. Single back and forth should usually be sufficient, and if it isn't and it feels like banging two rocks together, move on.

Not the answer you're looking for? Browse other questions tagged discussion editing moderation faq-proposal .

34
What to do when an edit guesses the system being used rather than waiting for the querent to clarify?
33
Revisit III: Don’t Guess the System policy
11
FAQ Proposal Index for Role-playing Games Stack Exchange
19
What should I do when a question does not specify the game system being used?
13
Why did another user edit my post?
10
What do we do when a question is covered as a subset of another, but the answers are insufficient for answering the special case?

17
Is it ever appropriate to revert someone's edit to their own question?
34
What to do when an edit guesses the system being used rather than waiting for the querent to clarify?
2
How should we fix the Monster Lore Compendium question?
17
'We do not enforce style' - how to react to discrepancies between policy and reality?
12
How Trivial an Edit is Too Trivial to Make?
6
What to do when a new user creates a second account to edit "their" question?
9
How do we help this new user formulate a question about their homebrew Toadstool that can be properly answered?
12
Is it acceptable to add the [dnd-5e] tag to questions about D&D Beyond?
10
Should this question about "the Wildemount Chronugy subclass ability chronal shift" be tagged as D&D 5e without OP specifying it?
19
What should I do when a question does not specify the game system being used?