As we say goodbye to the old year and welcome the new one, we have a tradition of sharing moderation stats for the past 12 months.

So as we welcome 2021, and in keeping with tradition, let us look back at what we accomplished as a community... by looking at some exciting stats. Below is a breakdown of moderation actions performed on Role-playing Games over the past 12 months:

A big thank you to Shog9 for writing the queries and script to facilitate fetching and posting this data to all the sites in the network, and to Brian for the subsequent work making the whole thing more user friendly.

Wishing everyone a happy 2021! 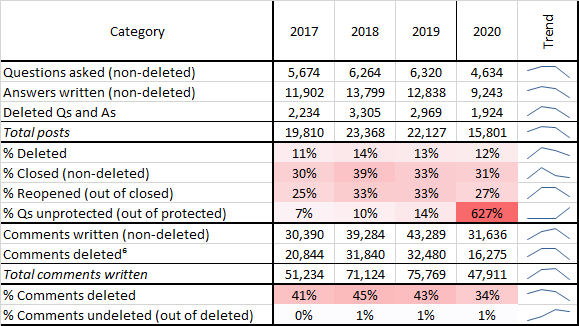 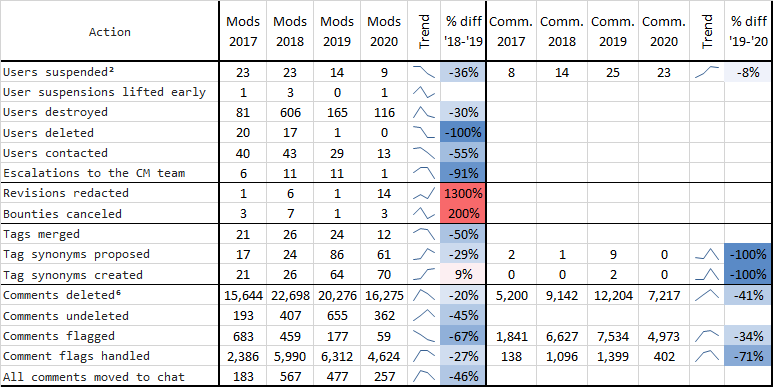 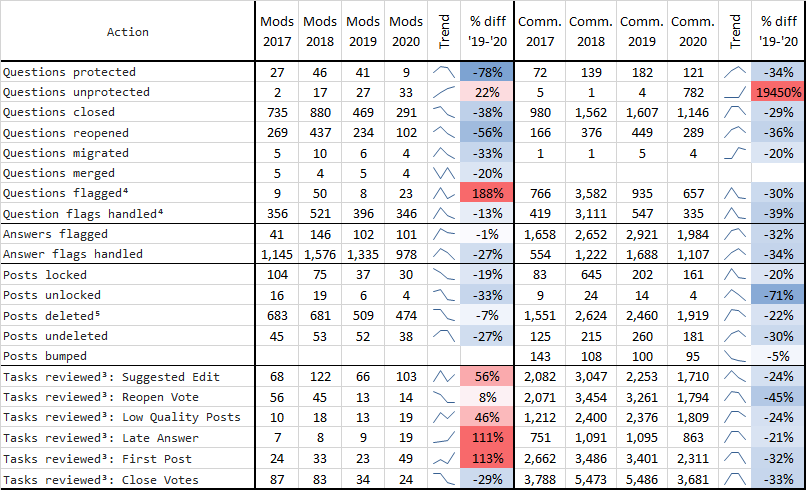