As we say goodbye to the old year and welcome the new one, we have a tradition of sharing moderation stats for the preceding calendar year.

So as we say goodbye to 2021, let us look back at what we accomplished as a community... by looking at some exciting stats. Below is a breakdown of moderation actions performed on Role-playing Games over the past 12 months: 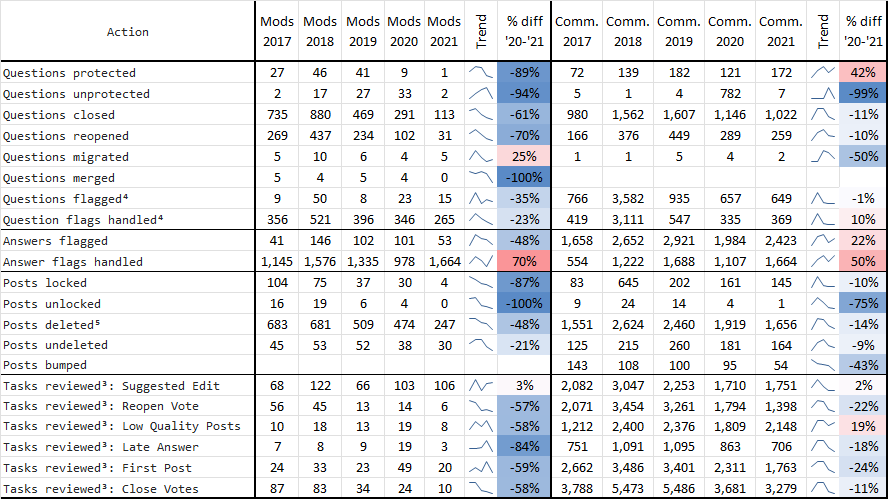