Nominations for an advanced copy of the D&D 5e starter pack! Nominations have expired

Based on community approval of: How should we determine which users receive advance D&D 5e materials when RPG.SE gets them?

We have three advanced copies of the starter set to give away. Nominations will be accepted until we have to make a decision (likely in a few days from the 17th of June). The moderators and community coordinators will decide upon the three based on upvotes and our assessed probability of the recipient asking good questions.

Also, please add where in the world you are. We may have some shipping problems.

Don't worry about other people having more votes than you, we will take time of nomination into account when deciding.

I've been following D&D Next since it was but a rumor and playtested it with my normal RPG group during the early editions of the play test materials. Since the playtest released I've been active in the asking and answering of questions on the subject and would love to be able to continue to do so when the final editions are released.

There are two things I think are important to commit to when we distribute materials like this to our users. The first is a commitment to run games either IRL or online so that we can familiarize ourselves with the materials and how they actually play in games. The second is that the people who we give these two will contribute to our community by asking and answering questions on this site.

I can commit to both of these things. While I'm unsure of whether or not I will have an IRL playgroup available, I will host a weekly game with an open invitation to whoever is interested in playing on the Stack. Time will be mid evening EDT and the day of the week will be flexible.

I'm already very active answering and asking questions in the 4th edition tag and D&D next and I intend to continue to be as active. If provided with materials I can do it more quickly and more efficiently than I would otherwise be able to.

Why I think I'm a valid candidate

What I plan to do with the materials

I live in Philadelphia, PA so I'm currently in EST or GMT -5. 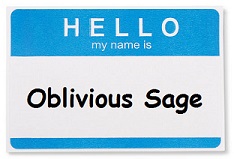 Why Should You Vote for Me?

Why Shouldn't You Vote for Me?

In the interests of full disclosure, here are some reasons why I may not be the community's first choice.

I live in Houston, Texas.

I would like to throw my hat in the ring, but I don't feel comfortable marketing myself at the expense of others. Its for that reason that I prefer a more objective criteria than who can write the better election post.

I play in a weekly group in person, and am currently playing in 5 online games.

I feel I could contribute a lot to this site and be able to pull more people to the website if I had early access to the books. There is a gaming conference in Israel in October where I could likely run a game and advertise RPG.se if I was able to get the official books.

My activity on the site speaks for itself.

In addition to playing in my own group, and online for quite a while, I am also aware of many of the commonly asked questions on various forums, and will be able to restate those questions here along with accurate answers. I will likely be doing that anyways, though without early access, my answers will be given weeks later rather than the same day. I live in Israel, however I have received items from SE in Israel before, such as a t-shirt.

As the owner of The Bronze Coin, a physical location for groups to meet and roleplay, I'm in a unique position to share the physical materials with several groups DMed by various people. I would make it clear to players and DMs when they start their games just exactly where the materials came from and encourage them to ask their own questions.

I would also, of course, be running a game myself. I would follow the next tag and answer any question I have the knowledge to cover, and ask any questions that came up in my own game.

I have a long-standing record of supporting SE sites, having been a Pro Tem Moderator of the Science Fiction and Fantasy SE and been a regular user of RPG.se and others even as my life has filled up with more and more responsibilities. However, as those responsibilities grow in regards to The Bronze Coin, the more eyes the materials will be placed in front of. So if my own engagement would wane, the engagement of many others will wax.

4
How should we determine which users receive advance D&D 5e materials when RPG.SE gets them?

10
Users reading answers and liking them, but don't vote
17
RPG Stack Exchange D&D 5th Edition Contest - Dungeon Master's Guide Edition
9
How should we revise the tags for the different Exalted editions?
14
What is the [psychology] tag for?
25
I actually wanted five moderators
17
Does a week for Election nominations seem too short to anyone else?
11
How do we feel about "Should trusted close/reopen voters and reviewers have their votes weighted more than others'?"