Please fix the spacing for our header styles (it's backwards) and our H3 sizing. Fix suggested inside

This is a somewhat trivial request, but it's about a typographical pet peeve I've been noticing for a few months. I figure I might as well make a request about it.

Our heading spacing is off, which reduces the legibility of our H2 and (especially) H3 and any post that actually uses them. That discourages a lot of us from actually using H2 and H3. It seems in general the community prefers using H1's, and a single bolded line as a mock-heading rather than H2 or H3. Other SE sites don't appear to have this formatting issue.

Headings are meant to have a gap above to separate a new section from the previous one, and then be snuggled in nice and close to the text of the new section to identify it. Alternately, they just have equal space above and below.

Our heading 2 and 3 do the opposite, because they have a margin-bottom: 1.2em CSS declaration that places them closer to the text above than their following paragraph.

(the orange bit is the margin)

Problem 2 of 2: The H3 looks too similar to normal bolded text.

The heading 3 ought to be made larger. It's virtually indistinguishable from normal bolded text. This means using it usually reduces clarity if anything. Combined with the spacing issue, that makes the H3 unusable (except for the purposes of making your post worse somehow).

The spacing above and below the heading is about equal. This is currently my favourite heading to use on the basis of its legibility.

The spacing places this closer to the text above than below.

The appearance of the headings on Meta Stack Exchange is shown in the below image. Good spacing, good sizing: no legibility issues.

On our site it should really look like this (it's an image).

So in total, the changes are:

Thank you, SE devs! With the redesign (and some prodding from KRyan) we finally have well-spaced headings and a distinctive H3 for the first time! (since beta)

Whether or not it suits our individual tastes it's a huge improvement and makes using all three heading levels viable. I'm happy, and this is just personal but I think the Georgia font is more gorgeous in headings than what we had before. 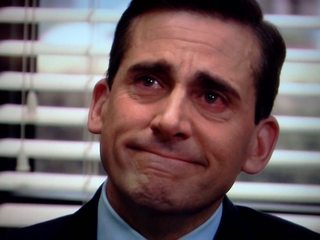 (also the rest of the design is looking pretty beautiful too)

Not the answer you're looking for? Browse other questions tagged bug status-completed design css .