As foretold in prophecy, the Hatpocalypse approaches!

As foretold in prophecy and by the tales of our surviving elders, the Hatpocalypse is nearly upon us once again. Every year, when the air gets cold and nights get long,1 hats descend upon the site. Some are merry in their frivolity. Some are terrible to behold. All are earned by the choices we make in the secrecy of our hearts3 and may be worn jauntily upon our avatars.

The impending Hatpocalypse, also sometimes called Winter Bash, will begin December 19th according to the reckoning of the Time of Universal Coordinates, and will mercifully end January 8th. The jolly chaos will be tracked in our situation room at winterbash2016.stackexchange.com. There will be leaderboards, to chronicle our fellows' relative descent into millinery. There will be secret hats with secret ways to earn them, known only to the keepers of the Stack but discoverable by those who dare to explore into the unknown.

Those who hate hats will have an aegis to save themselves (but no-one else) from the impending reign rain of hats: there will be an I hate hats button in the Hatpocalypse drop-down menu in the topbar (marked by the Six-Armed Sign of the Hatpocalypse: ❄️), upon which one may click to banish the hats. (But only from their own, veiled sight. For in truth, the hats will still be there, lurking, though these Unwoken Dreamers will continue to use the site in blissful unawareness.)

So prepare yourselves! For we go to face our hatted fates with courage. May we survive the jollity unscathed and see the sun rise upon another new year. We will emerge cleansed by hatty fire, as we have before, and be stronger for it.

1. Unless you're in Australia,2 where instead the dropbears' blood runs hotter and claws grow longer.
2. Or Guam. In Guam it's spaghetti snakes instead.
3. Only insofar as our hearts' secrets4 are reflected in observable actions on the site.
4. Secrecy void in Quebec.

Once again, the hats have been driven into hatboxes and sealed within by powerful wards, to be watched over forever by guardian golems with visages terrible to behold. May our tales of this time help those who come after.

A fresh invasion of hats will come next year, as every year, but we have vanquished these hats and shall not see their like again, until this Age vanishes beyond myth and is forgotten and comes again, as the wheel of time turns. 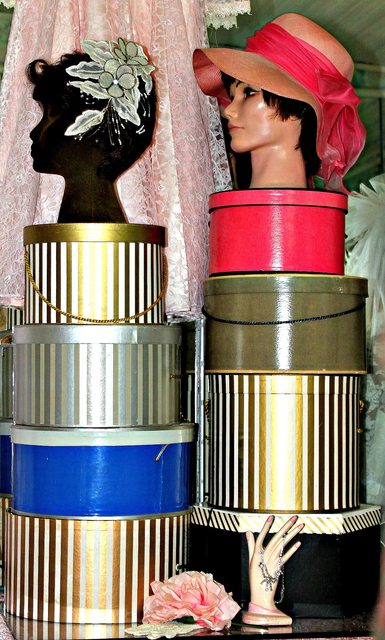 Not the answer you're looking for? Browse other questions tagged discussion winterbash winterbash-2016 .

3
What's the status of the birthday contest?
12
On a lighter note: 'Tis the season for Hats!
4
Is the poster the final arbitor of the content of their posts?
14
Winter is Coming… to bring us hats!
18
The Winterbash 2015 Hatmas "Photo" Album (& maybe embarrassing yearbook)
5
Why the quick deletion on the Necromancy answer?
33
Hatocalypse 2016 Survivors' Photo Album
10
The Hatmas Interdimensional Breach 2017 Photo Album
3
What are the rules for Hatmas photo albums?
11
The Large Hatron Collider Woolly Hatastrophe 2018: Winterbash Photo Album