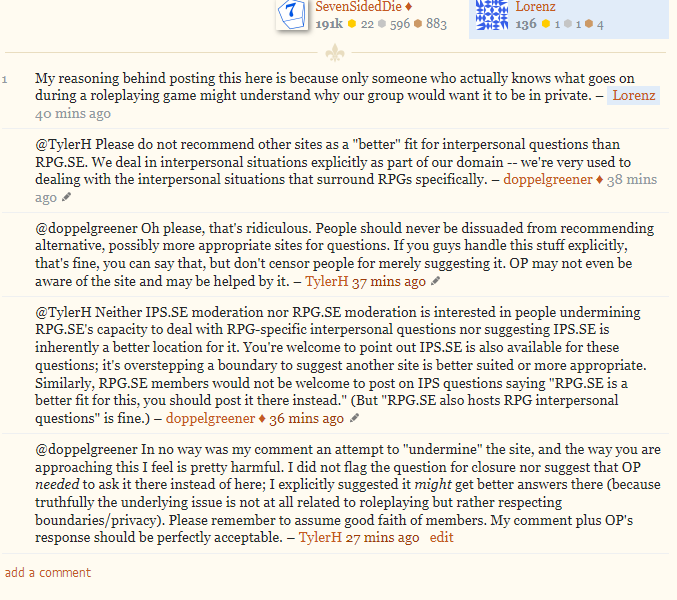 5
How can I request the reason for my comment being deleted?
8
When should I comment?
14
Eek! A troll in the Stack! What do I do?
2
One-sided comment moderation
11
What happened to get this mod notice placed on my question about the Bête?
12
2018: a year in moderation
7
Are questions that are On-Topic but generated a lot of opinion based answers doomed to never be solved?
12
2019: a year in moderation