Can the main theme picture of the site be changed?

I haven't been on this website for a while but i could say i've been here for about a year and i noticed the picture of the Dragon fighting some people. I've been looking at it for a year and it kinda feels not RPG to me (maybe i'm wrong).

I think changing it would be cool and new because this one looks really old and kind of weird. Could some dice or pen or even knights be added or is this the logo of the website?
Even i cold make it, it's not that hard. Even a black-and-white type for the Meta could be easy to make. Or is this one staying?

The top image is staying

As we can see with the new beta site theme preview, we're keeping it: 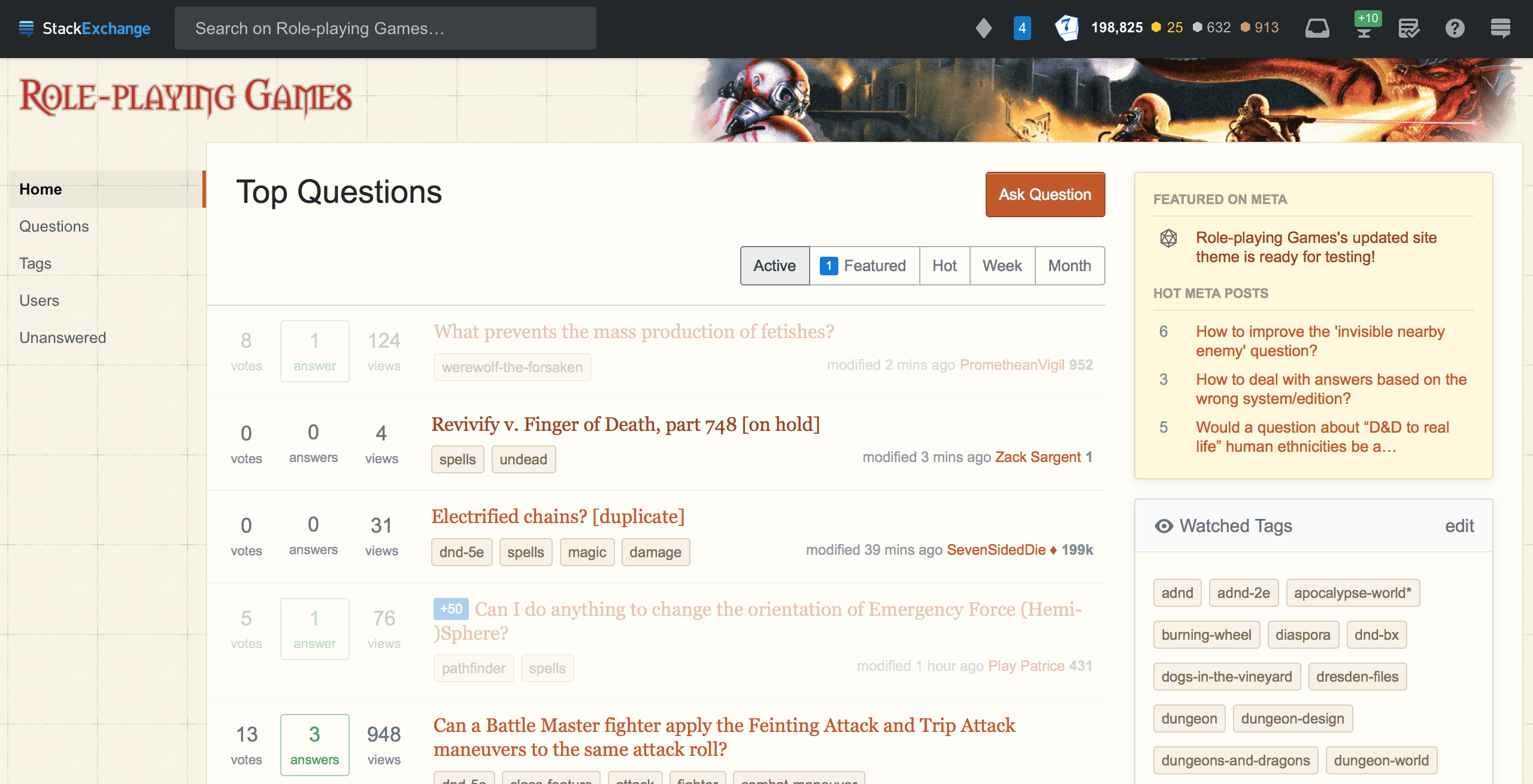 The top image is an original artwork by artist Dean Spencer, commissioned specifically for RPG.se at the cost of real dollars. We've had it ever since we had a site design at all: six years. SE won't be buying new art for RPG.se every year (and probably never).

While the image features a juxtaposition of fantasy (the dragon) and sci-fi (the people shooting it with a laser), nothing about that makes me think "not RPG". It certainly isn't a scene that would commonly occur in the most popular RPG series, Dungeons and Dragons, and I would be that the in the majority of RPGs that juxtaposition is unusual for one reason or another, but the site isn't about any single RPG. Instead, both fantasy and sci-fi RPGs are valid here, as well as others, and having a mix is appropriate for that.

Note that I can only really guess at what feels "not RPG" about it to you. As for myself, the banner looks like several images taken straight out of various RPG source books and composited together.

There are good reasons it’s not likely to change, good reasons why it actually does befit RPG SE, but ultimately, I think the most important thing for me is, I like it. And I think a lot of other people do too. RPG SE is often touted as one of the best designs on the network.

Not the answer you're looking for? Browse other questions tagged discussion feature-request design .

2
Convention swag for promotion?
8
Is RPG Superstar a promotion opportunity for RPG.SE?
38
Design for RPG.se
7
How should we properly handle answers that show an apparent lack of system mastery?
3
Are we satisfied with the Tag Wiki / Info entry for the RAW Tag?
16
Role-playing Games's updated site theme is live!
7
We should clarify that the [world-of-darkness] tag is only for the "old"/"classic" line
23
Does this answer about towns protecting themselves against dragons really need to be deleted?
13
Is a dark mode for this site realistically possible and desirable, and can we in any way support its introduction?