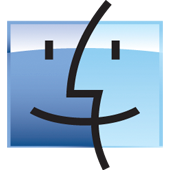 Usually a GM, rarely a player. I prefer science-fiction and modern/urban fantasy over medieval or high fantasy. At conventions, I end up playing and running lots of Dungeons & Dragons 5th Edition under Adventurers League rules.

A Note on DM's Prerogative

It goes without stating that a DM can change whatever they'd like, so citing "DM's prerogative" makes any answer moot. The DM can always do whatever they like, so using it as justification just weakens an answer. Interpreting logic and word choice is a different matter.

All Questions Answers
Votes Newest
14 Have any D&D content authors ever been active on RPG.SE? Jan 16
10 The [storyteller-system] Tag Synonym - Inaccurate, but probably irrelevant? May 21 '16
5 Who handles an apparent violation of the Stack-wide Terms of Service? Aug 29 '18
2 Can the moderators delete comments on an answer? May 2 '16
1 How should we incorporate Rules As Fun (RAF) into answers? Jun 27 '17