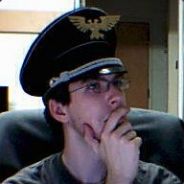 Just another software developer who plays tabletop games. Started with Paranoia, studied Mechwarrior, played 3.5, moved to Pathfinder. Really got into Dark Heresy and the FFG line of 40k RPGs up until I arrived at a gross disapproval of DH2e's Overwatch Rules. Also have played M&M 3e, Shadowrun 4e and 5e, Hero system, Iron Kingdoms, and dabbled in a few other games.

I tend to game with groups that tend to be pretty light hearted, a lot of out of character talk. Generally try to follow RAW, but certainly respect RAI and try to play something that's actually enjoyable.

This user hasn't posted yet.