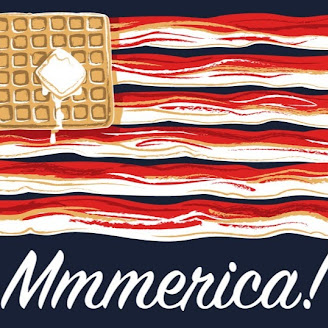 I play primarily 5e D&D and 1e Pathfinder, but am not unfamiliar with 3.5e, Apocalypse World, World of Darkness, and many others.

I brainstorm campaign ideas, and then never follow through. Current concepts include, but are not limited to:

Magical First Responders: In the largest and most magical city on the Prime Material, the city council is all wizards, a drug dealers are all goblins, and gators in the sewers are zombies. It's gonna take more than a couple of chumps with a level in Warrior to keep this place in line, and that's where you come in.

Cycle of the Gods: Once every hundred years, for a single week the gods are made mortal, and allowed to directly interfere with the Prime Material. Many civilizations have names for this day, the Elves, with their long lives, call it "The Day of Reunion" when they can once again walk with their gods, the Dwarves call it the "Anniversary of Glory" in remembrance for their forefathers lost to battle against the Orcs and their Gods. The last time, however, the Goddess Dietrona, Mother of the Sea, Soul of the World, who traditionally refrained from participating, was silenced by an unknown assailant. That was over 90 years ago...

Planar Chaos: The fabric separating the Planes has begun to weaken, and aspects have begun manifesting across planar boundaries. It started with the rifts to the Ethereal opening all over the Prime Material. Now, things have started to get worse, the Ethereal and the Shadow have merged with the Prime Material, and the Astral has started leaking into every other plane. Rumors abound that rifts between Mount Celestia and the Demonweb Pits have opened, and the conflicting energies have torn asunder the landscape around them, the Great Clock of Mechanus has stopped, and the Elemental Planes have all merged into one to form a second Prime Material. And worst of all, the gods seem unwilling to, or incapable of, doing anything to stop it.

Feel free to steal any of these for your own personal use at home.

If it can't be explained by normal application of logic and physics, a wizard did it.

I didn't ask how big the room was, I said "I cast Fireball"

All Questions Answers
Votes Newest
5 Should we refrain from posting answers which rely on unreleased content? Nov 17 '20
0 Is this question about Brass Braziers a duplicate? Dec 30 '20