Why is there an RPG.SE Meta question listed as an upcoming event?

On the right hand column of RPG.SE, there's a link to a meta question (Revisit III: Don’t Guess the System policy) with an "Upcoming events" header rather than the expected "Featured on Meta" as shown below:

Is this a bug of some kind?

It was a hack

You'll find this covered in that question (and in the comments below), but to reiterate;

The event has now expired and since the question is reopened it should show up as a normal Featured once that box caches (which is once per 24 hours, IIRC).

Moderator Someone_Evil created the event so that the DGtS revisit would appear on the featured board while it was still a closed question. 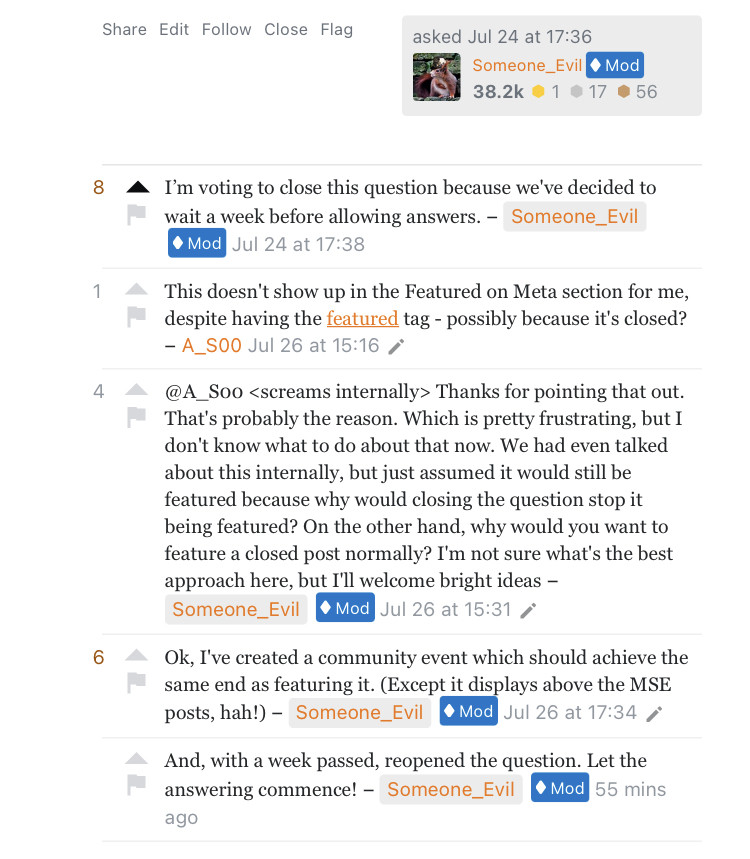 Not the answer you're looking for? Browse other questions tagged bug meta .

7
A Featured meta question isn't showing up as "Featured on meta"
4
Why does the "question edited" notification redirect to the Desktop website even when on mobile?
3
Why is my meta rep briefly different from my normal rep?
7
How to show the most recent community consensus in meta?
9
We need to talk about late votes to “policy” metas
10
Checking in: do we need any updates to our Citation Expectations Q&A?